Student Spotlight: From Unemployment to IT Entrepreneur with IT Certifications 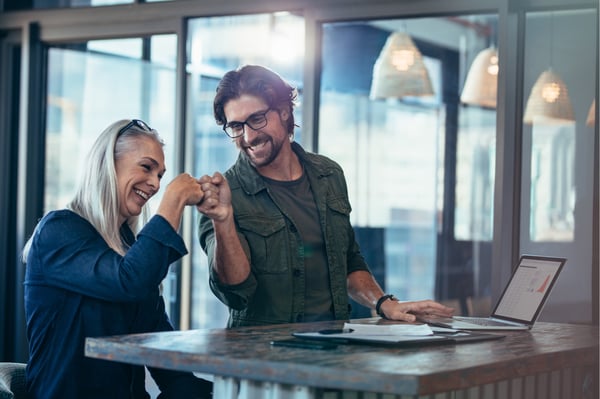 Anyone can write their own career success story. With the right training and professional certifications, you can open doors to new jobs or an entirely different career track. You can even build a foundation to start your own
business, which is exactly what Scott Landry, founder of LandryIT, did when he decided it was time to launch a new career.

Career transition is a fact of life. According to the Bureau of Labor Statistics, most will change jobs an average of 11.9 times during their lives.

Time for a Change

That was the challenge Scott was facing when he decided to launch his new career. Without a college degree, his prospects seemed limited, until a friend told him how the government could help him pay for vocational training.
With career training and technical certifications, Scott was able to launch a highly successful career in IT support. In fact, in a few short years, Scott was able to acquire more training and more professional certifications and lay
the foundation to launch his own business.

When Scott was starting out, he was working at an Albertson's grocery store at age 22, trying to plan his next career move. Then he was laid off and found himself unemployed for 18 months. He had no college degree and few marketable skills, so he had trouble finding work, let alone launching a new career.

A friend who also had been laid off, told him about the Workforce Innovation and Opportunity Act (WIOA), a Department of Labor initiative designed to help employers hire skilled workers and to help dislocated workers qualify for high-quality jobs through career training and other services. Scott contacted the Orange County One-Stop Center and was able to get funding for career training.

Scott had always been interested in computers and saw the opportunities a career in IT would present. He was especially interested in how computers worked. As a boy, he would disassemble computers to learn more about
them. He had never considered pursuing IT as a career, but when he discovered that New Horizons Career Development Solutions offered IT training, he thought it would be a good career choice. This was his chance
to give it a try.

Success In (and out) of the Classroom

Once he enrolled, he discovered that he had a real aptitude for IT, especially computer services and problem-solving. The New Horizons training center, which includes hands-on training and certification programs, proved to be helpful for Scott. The facilities were well-suited to IT career training as well, including a learning lab area where Scott could practice his skills without interruption. Hands-on instruction was also extremely useful, and he found the instructor entertaining as well as informative.

It became clear to Scott that he would need certification as well as instruction to find the kind of work he wanted in the technology sector. He had no professional experience he could cite on a resume, and he would have to rely
on certifications to demonstrate his skills. So he pursued CompTIA A+ and CompTIA Network+ certificates. He also acquired certifications in Microsoft Windows, security, and networking.

With his first job, Scott provided telephone tech support, working in a room with dozens of other technicians. During that time, he realized he was quite good at providing remote tech support. Whenever he completed a new
repair or procedure, he would retain that information for recall at any time he needed it.

In fact, he was able to move up from a level one tech position to senior tech in six months. In addition to his professional skills, Scott also had the interpersonal skills needed to be good at phone support.

Scott continued to work as a 1099 subcontractor for the MSP for five years, handling support calls for more than 150 companies. At the same time, he started building his own client base. In a short amount of time, Scott was
able to create his own company, offering IT consulting services to a diverse group of clients.

Today, LandryIT works with more than 25 companies, including many with ongoing service contracts. Scott’s expertise is not limited to any specific industry or type of company, and he is providing remote telephone support,
network support, and even on-site support while helping with network configuration and cable installation. Scott is looking to build his business by finding larger clients with an ongoing need for his IT support services.

Scott’s advice for anyone seeking a new career is to pursue career training:

“Do it for yourself. IT is a great field, and New Horizons Career Development Solutions training and certifications can open new doors.”

Take the Next Step

Whether you have questions about a specific certification or want to learn more about how to continue your career training, we’re here to help. Our education advisers are eager to work with you and help you meet your goals. Contact Us today for a free career consultation.