IT Certifications for a DevOps Career 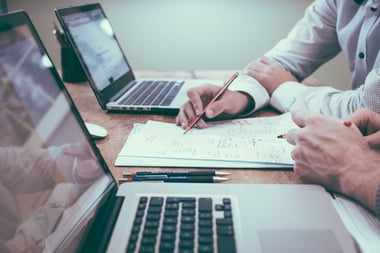 Starting in the early 2000s, the term DevOps - a portmanteau of "development" and "operations" - became common lingo within many IT departments, software startup teams and vendor marketing materials. Numerous pieces of software and hardware have since been branded with the DevOps label, but in reality DevOps refers to a set of collaborative practices rather than a specific assortment of technical tools.

What is DevOps, exactly?

Maybe the best way to understand DevOps is to compare it to what it replaced, namely the traditional Waterfall methodology of software development.

In the Waterfall world, a development team would work on a parallel track from its operation counterpart; once its work was done, it would pass the product over for release and implementation. Both teams would work on such projects in careful sequences, hence the waterfall imagery suggesting a clear flow from a source and then over an edge to completion.

DevOps, and the closely related Agile movement, emphasizes collaboration between departments that previously had been separated (or "siloed") from one another. Accordingly, it places less importance on sequencing and more on cross-team communications. Under a DevOps culture, multiple parts of a software project may be worked on simultaneously as different personnel with distinct areas of expertise team up to implement new features, fix security issues, etc.

While DevOps does not technically require any specific tools, it is usually associated with automation platforms such as Puppet and Chef, as well as containerization technologies like Docker, all of which nominally simplify the production of software.

DevOps adoption has grown rapidly in recent years. The definitive State of DevOps Report from Puppet found that in 2014, 16 percent of respondents reported working on a DevOps team. By 2019, the share had grown to 29 percent, underscoring the movement's growing popularity.

What does DevOps expansion mean for IT workers?

DevOps expertise is in high demand, as demonstrated by the salaries that professionals can command. According to Puppet, 64% of US IT practitioners made at least $100,000 in 2018, up from 58 percent in 2016. The rise in manager salaries was even more notable, as 85% of US manager respondents reported income above $100,000.

So how can an IT worker who is new to DevOps break into the field? IT certifications are a good place to start. There is no formal certification for DevOps itself, since it is such a broad and variously defined area of practice. However, many other certifications can prepare IT pros for a career in a DevOps organization, including:

Ready to get started on the road to a DevOps career at New Horizons Career Development Solutions?