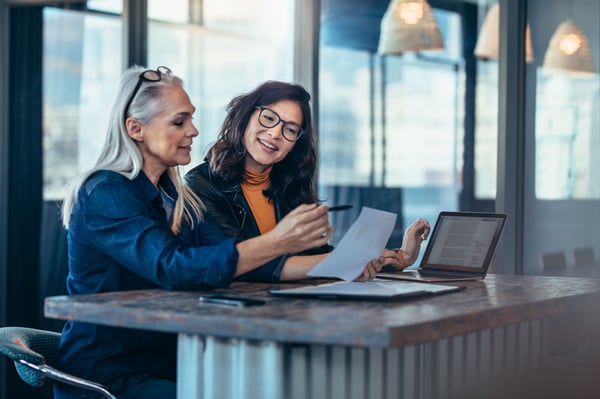 For most, a college degree comes at a high price and may leave students and their families saddled with crippling debt for years or even decades. This has been a recurrent story in the media and is now rising to the level of a significant political issue; presidential candidates are pointing to it as a problem for the economy overall and, according to a recent article in the Chicago Sun-Times, many are even proposing debt relief. Politics aside, it seems we’re in the midst of a collective realization that college may be a waste, given that it’s far from a guarantee of a job after graduation.

And it’s not just a waste of money; college degrees may also be a waste of time. People spend 3-5 years acquiring them, and much of that time may amount to idle socializing.

Meanwhile, career training can help people who know what they want to do with their lives get started much faster.

So let’s look at four reasons why college degrees may not be for everyone.

College degrees were initially based on the nobility of the pursuit of knowledge—a quaint idea today. They evolved to be something people felt they needed to be well-rounded; this idea is now out of pace with the modern economy, according to the website Owlcation. As the New York Times notes, college campuses have been famously slow to evolve and to treat their degrees as products that need to demonstrate return on investment for their customers, i.e., students.

And there’s even worse news for those with significant debt after graduation; because college degrees have become the norm, they do far less than they used to in distinguishing job candidates, this according to the website Lifehack. Even when college does succeed in imparting actionable knowledge, that knowledge is date-stamped to the month and year students graduate as the world around them continues to evolve.

2. People rarely use college degrees in their actual careers.

According to the Washington Post, college degrees are the new high school degrees. Because a bachelor’s degree is now a universal expectation, young people who might be better off delaying or even skipping college are instead committing to four years of expensive study based on what they think they want to do for the rest of their lives. Age 18 is perhaps the wrong time for many people to make such a big, costly decision. It’s even more of a challenge later in life, as people have likely settled on specific career goals already.

The result of this is that people’s degrees and their eventual careers often don’t align. According to a July 2017 survey commissioned by finder.com and conducted by global research provider Pureprofile, nearly half of U.S. degree holders report not making use of their degrees. It’s understandable for people to really find what they’re good at and qualified for once they hit the job market, but, regardless, it is clear that a great deal of money and time is being poured into a system that doesn’t necessarily prepare people for a career.

3. Companies are starting to not require college degrees.

Executives are openly questioning the value of college degrees. Apple CEO Tim Cook recently stated that half of the company’s new employment last year was candidates with no degree and asserted that colleges are not teaching skills that tech firms need.

It’s not just Apple; last year, Glassdoor made headlines by publishing a list of companies no longer requiring college degrees, including big names across a range of industry verticals.

Google topped the list, which is no surprise. In the booming tech field, as the website MarketWatch notes, college degrees are becoming less of a requirement because tech certifications can provide all the qualifications employers are looking for.

For students who have a good idea of what field they want to work in, career training can mean a far faster and less expensive path to work.

Furthermore, career training is better suited for a changing world. As the website Showbiz CheatSheet notes, many common jobs will become obsolete in the next decade. People needing to shift careers as a result likely can’t go back for an entire four-year degree to change job roles. Career training is a better option—especially for those with families and limited time. It can rapidly move those in outmoded jobs into new roles. What’s more, career training aligns potential students with instructors invested in helping them find employment and like-minded people looking to learn the same things they are; all fertile ground for networking.

If you’re a student looking at taking on debt to get an education, ask yourself if there’s another route—in particular, consider career training. And if you’re mid-career and find your skills are out of date, think about what career training and associated certifications could do for you. Contact New Horizons Career Development Solutions today for a free consultation on training and testing.